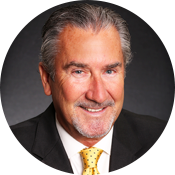 Wallace, or Wally as most folks call him, grew up on a farm near Francesville, IN. He graduated from West Central High School in 1972. He attended Purdue University and graduated from Worsham College of Mortuary Science in Wheeling, IL. He attended certified coroners training offered by the Indiana Coroners Training Board and was one of the early recipients of the certification ‘Medicolegal Death Investigator’. He has served as a deputy coroner of Fountain County for the past 22 years, the past 16 as chief deputy investigator. He also serves on the staff of the Tippecanoe Coroners Office as a deputy coroner. At the 2011 Indiana State Coroner’s Conference, he was selected to take a seat on the Indiana State Coroner’s Assc. Board of Directors. Wally is currently proud to serve as President of the Indiana Funeral Directors Association. During the 2010 Indiana Funeral Director’s Association convention, Wally was awarded the distinction of being named a ‘Lifetime Isaac Ball Fellow’ for his continued support of the Indiana Funeral Education Foundation, which offers scholarships to students in a mortuary science program. He also is involved in the Indiana Coroners Association, the Newtown Community Church as an Elder and Trustee. He is also proud of being named to the Honorable Order of Kentucky Colonels. Wally enjoys landscaping and gardening with his wife Janet and has a few antique farm tractors and equipment he enjoys. He and wife have two grown children, Emily (Tim) Myers with granddaughter, Piper and grandson Macaulay in Fort Wayne. Kirk Patrick (Amberlee) Hooker and grandson Jackson Lee and granddaughter Hayeslee Sue near DeMotte, IN.

This presentation begins with a brief introduction and opening remarks concerning the importance of quality embalming.  It also touches on the potential parallel between the increased rate of direct cremation and a history of unsatisfactory embalming practices.  It is a combination of lecture, handouts, demonstrations and power point.  It covers a variety of common sense tips, techniques, procedures and products, which will be of value to students, interns as well as seasoned embalmers. Some of the topics included: Basic feature positioning, suturing techniques, with demonstrations, dealing with autopsied cases, donor cases, tissue building and overcoming difficulties we face daily in the embalming room,  This is an interactive presentation encouraging questions and answers.